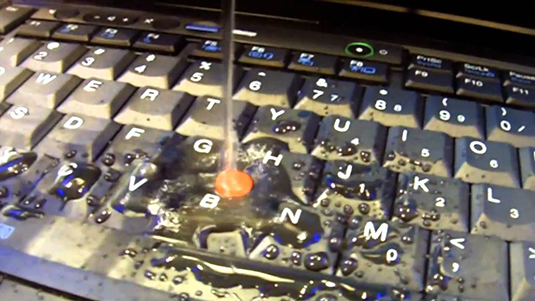 It was another intensive week of crunching data, writing body copy and hot debate while sorting out the final level of the newest version of ValvePro. It also came at a high cost… one ASUS laptop hard drive valued at $1000 but the lost production time hurts the most. “A thousand dollar bottle cap,” is how programmer Bob Pearn described it. That’s right kids, that’s why food and drinks aren’t allowed in the computer lab! And that was just day 1!!

But the team pushed on and managed to hammer out the details on the module by week’s end. Meanwhile, the IT team salvaged the hard drive and estimates it will run at 95% efficiency which leaves something to be desired when Bob renders down high-res images and animations with both cooling fans running at capacity. Rest assured we’ll get the program ready for rollout at this year’s Global Petroleum Show. Just make sure you keep your bottled water well away from the computer gear because Bob will be on high alert!